In addition to being the city's official representative, the Mayor is the presiding officer of the City Council.  That role entails the preparation of the final agenda for the meetings of the City Council, including the topics and agenda items submitted by each City Council member and the City’s Supervisors.

Interested in applying for an appointment to one of the City's boards?  Please submit an application.

Mayor Kim welcomed attendees to the second annual Minority and Women Business Enterprise Summit hosted by Soteryx and the Capital Region Chamber of Commerce at the Adelphi Hotel in Saratoga Springs on September 27.  The forum brings together experts in finance, government, business development and security to discuss the opportunities and challenges unique to MWBEs.

The Mayor’s office sponsored a workshop in City Hall on October 27 to discuss proposed amendments to the Unified Development Ordinance (UDO).  The UDO governs land use in Saratoga Springs, combining the City’s Zoning Ordinance, Subdivision Regulations, and Storm water Management Regulations into a single ordinance.

Mayor Kim endorsed the CDTC’s report on the success of their 2022 “Ditch the Car Challenge.”  The

program, which ran from June 4th through September 9th, highlighted the many ways you could go about your daily routine without driving alone in a car such as bicycling, walking, carpooling, riding the bus, or using CDTA’s on-demand service, FLEX. Thirty-eight (38) participants logged 1,718 trips totaling 16,042 miles and burned over 351,000 calories. Together, they prevented 12,817 pounds of greenhouse gas emissions from being released and saved 642 gallons of gas.

The Capital District Transportation Committee (CDTC) is the Metropolitan Planning Organization (MPO) for the counties of Albany, Rensselaer, Saratoga (except the Town of Moreau and the Village South Glens Falls) and Schenectady. CDTC facilitates a transportation planning process as required by federal law and supported with federal funding. 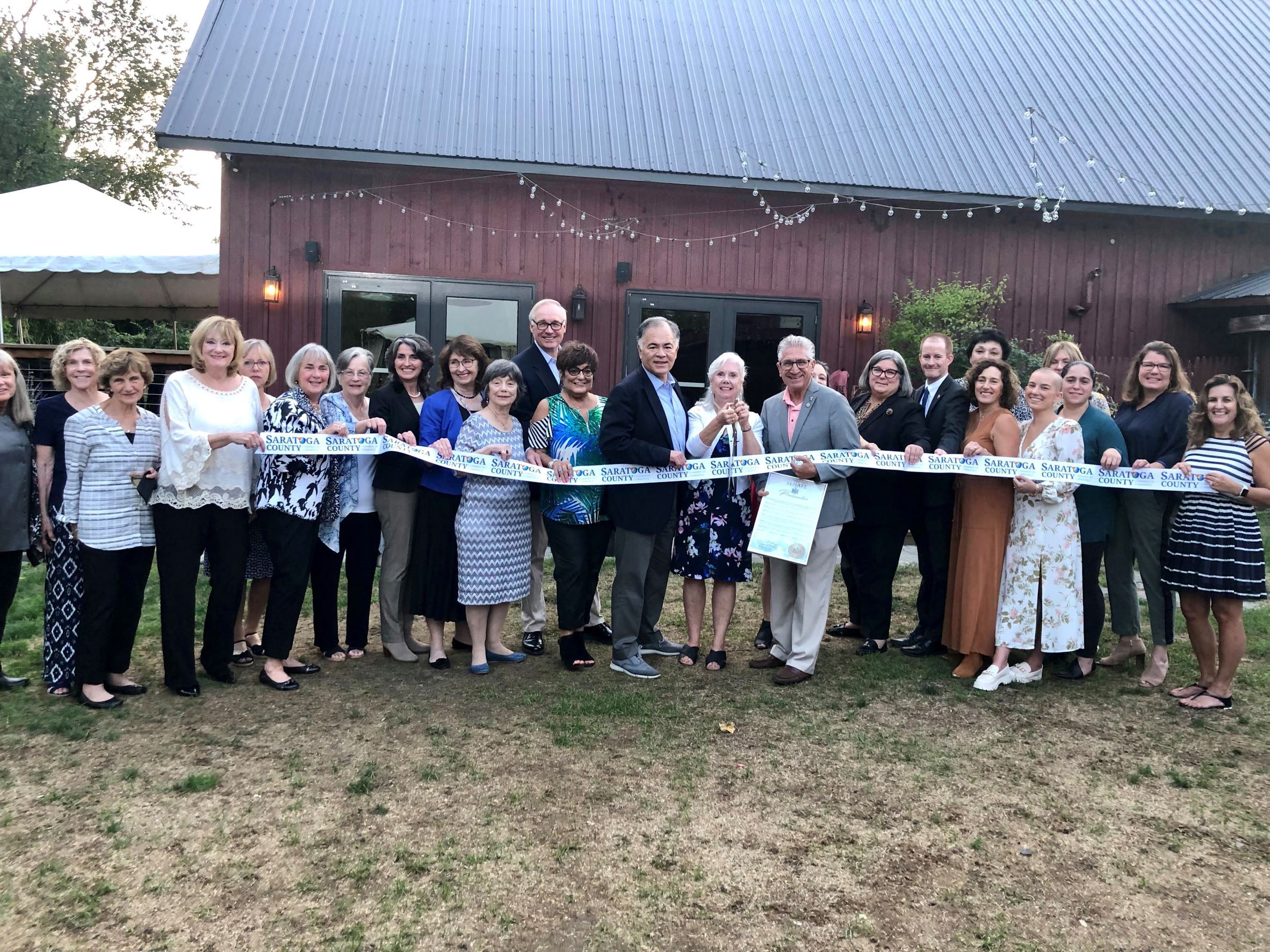 The Infrastructure Task Force met on 09.21 to discuss progress made toward addressing the city’s infrastructure priorities.  Delta Development, hired by the city to identify funding opportunities and manage grant applications, delivered a presentation on their process, forthcoming federal funding opportunities, and the two Water Infrastructure Improvement Act (WIIA) Grant applications they have already submitted.  During their two day visit Delta met with the Mayor and Commissioners to discuss critical projects and visit project sites.

Mayor Kim attended the 75th Anniversary celebration of the Saratoga County Children’s Committee at the Saratoga Winery on September 21. SCCC, a local non-profit, works closely with social workers and local agencies to identify needs and provide funding and other resources to children in the community.

Mayor Kim attended the Preservation Foundation’s Annual Meeting and Recognition Awards Ceremony on September 22 in City Hall to formally nominate Patricia Morrison as the Mayor’s Representative to the Saratoga Springs Preservation Foundation (SSPF).  SSPF is a not-for-profit organization that promotes the preservation and enhancement of the unique architectural, cultural, and landscaped heritage of Saratoga Springs.

On September 23 Mayor Kim joined Carly Connors, Dan Ritopecki, Darryl Leggieri, and Senator Daphne Jordan at a press event for the 2022 Saratoga Motorcar Auction. The auction attracts buyers and sellers from all over the world and raises funds to benefit the museum’s operations and exhibits.

Mayor Kim, his wife Jennie and their dog Gracie joined Wellspring for their annual Pooch Parade on September 24.  Proceeds from the parade benefit Wellspring’s Safe Pet Partnership, which provides a network of safe, temporary placement for pets of families who are fleeing abuse.