Officer of the Year

The Saratoga Springs Police Lieutenants are pleased to name Sergeant Mark Leffler as the 2014 Officer of the Year.

Sergeant Leffler maintains a high standard of performance in his daily duties and has consistently shown strong leadership qualities during the year.Sergeant Leffler was hired in February 1994, having previously worked as a police officer for the Village of Ballston Spa and the Saratoga County Sheriff’s Office.  He is currently assigned as a patrol supervisor on the midnight shift. 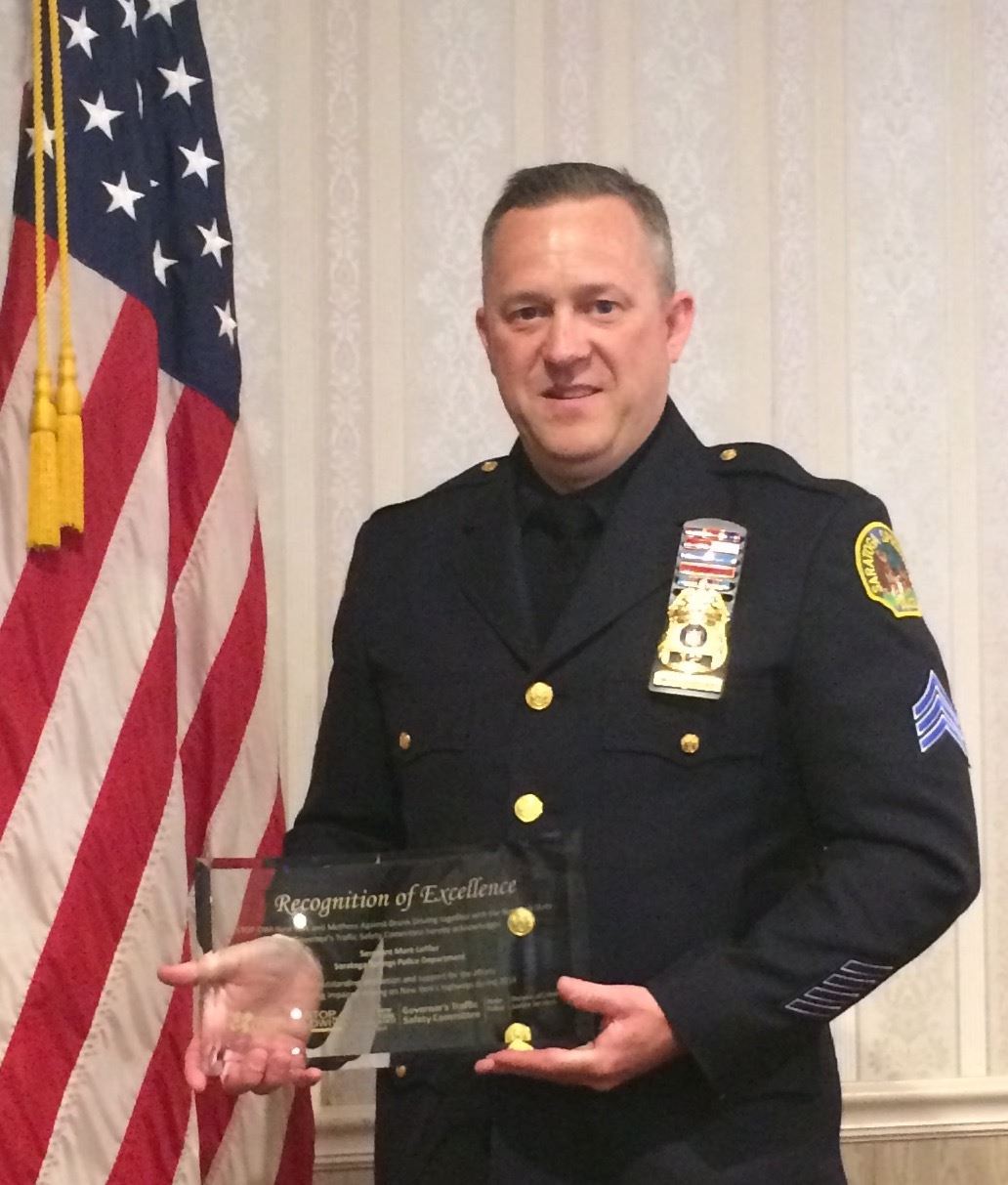 In March 2014 Officer Leffler was promoted from the rank of Patrolman to that of Investigator. Mark had always been a very active patrol officer and had consistently set the standard for DWI enforcement.  In his new assignment his duties kept him away from actively patrolling during his normal work week.  However, Investigator Leffler routinely worked weekends throughout the year specifically for DWI enforcement, resulting in a Department-high 43 arrests for Driving While Intoxicated.This outstanding performance not only set an example for newer officers, but was achieved in addition to his regular workload as a criminal investigator.Investigator Leffler accepted another promotion to his current rank of Sergeant in February of this year.
Additionally, Sergeant Leffler recently received a Recognition of Excellence Award from STOP-DWI New York, Mothers Against Drunk Driving (MADD) and theNew York State Governor’s Traffic Safety Committee for his “outstanding dedication and support for the efforts in deterring impaired driving on New York’s highways during 2014”.


Additional Information
The Officer of the Year Award is given annually by the Saratoga Springs Police Lieutenants to an officer who displays excellence in policing and dedication to duty during the course of the year.
City Home
Contact Us
Government Websites by CivicPlus®
[]